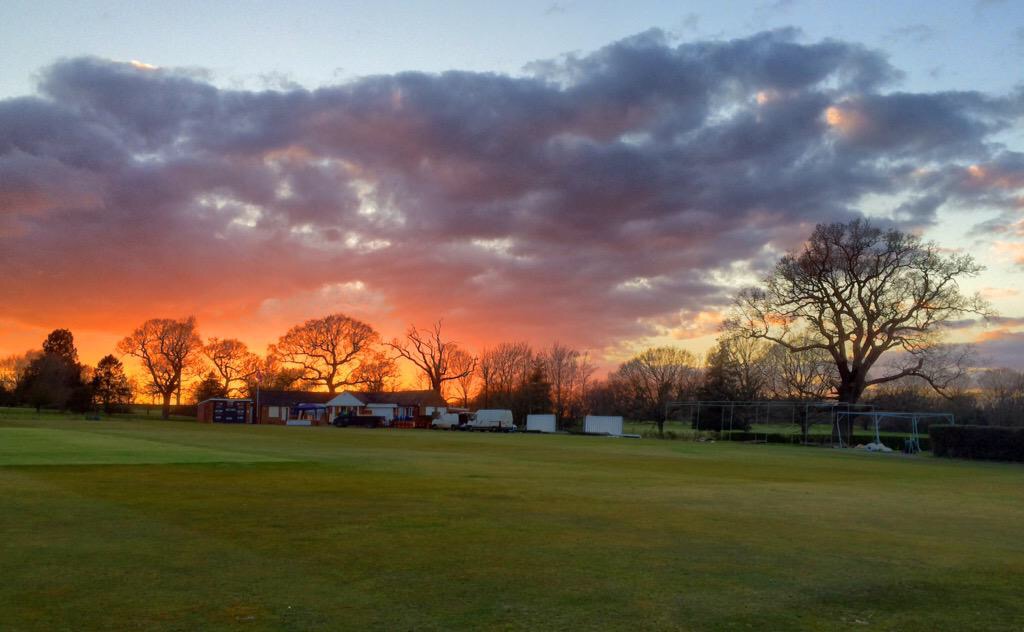 Although some details of earlier matches are known, the first reference to a Cricket Club in Tenterden was reported in the Maidstone Gazette on 11 August 1840.

In the period immediately prior to 1887 the Tenterden Cricket club played in one of the ‘six fields’ that lie between the town and Smallhythe Road. It was here that Tenterden Cricket week was established in 1880. In 1887 and ‘eruption’ brought an end to this club and another was formed, namely Tenterden Park Cricket Club, which started playing a very short distance away in the picturesque Morghew Park (which the club now owns) on the other side of Smallhythe Road. This club was the forerunner of the present club, the word Park being dropped after the First World War. The Cricket Weeks continued until the First World War but were they were stopped until 1959 since when they have been held each year.

In 2009 both  the 1st and 2nd XI were relegated back into their respective Division 2’s of the Shepherd and Neame Kent league (the 1st XI by one point). However following a successful 2010 both gained promotion and a return to Division 1 status for the 2011 campaign (1st X1 as champions). Following three successful seasons of consolidation the 1st X1 have cemented their place as one of the top 20 sites in the county. The 2nd X1 having gained promotion to the Premier Division in 2012, held their own in the top Division last season.

To supplement the 1st and 2nd Saturday X1s a Saturday 3rd X1 is established in 2007 with the aim of providing cricket for the growing number of club members and providing a natural progression of the Colts in the thriving and constantly expanding cold section.

In addition to the three Saturday league sides the club run Sunday in mid week XI’s that generally consist of colts, students and senior pros participating in weekly friendly fixtures. T Colts section itself consists of two each group sides (under 11 and 13) that participate in the local Ashford and district junior league. The set up benefits from a group of qualified and dedicated coaches that ensure the provision of weekly training sessions held at the ground.

As it stands the club for a total of hundred 175 members 35 of which are from the colts set up.

Tenterden is an important part of the Kent Youth Cricket setup regularly hosting county and district age group fixtures and training sessions as well as the finals of several school competitions – both the Oliver and Miskin cups. In 2007 the club was rewarded “clubmark” status and then identified by the Kent and English cricket boards as a “focus club” for cricket and youth development in the region,  an indication of its growing status. These prestigious  accreditations require the fulfilling of specific criteria centring around providing well maintained and appropriate facilities, operating under an appropriate infrastructure and governance, providing a child friendly environment and developing partnerships with local clubs and schools. A significant aspect of any Tenterden season is the annual cricket week which this year.  Records as far back as 1880 make reference to a cricket week being held at the club and the tradition has a huge influence on the season as a whole

All are welcome and the club actively encourages the support and participation of the local community and businesses.